As EEESTA has become EMSTA, Friends of EEESTA are now Friends of EMSTA.
EMSTA owes a deep debt of gratitude to a few individuals who have helped in their various ways to make these seminars, and the organization, a success over many years.
At the Prestige Seminar, “Engineering the Olympics”, held in University of Hertfordshire, Hatfield, on the evening of Wednesday 9th November 2011,  three Friends of EEESTA were welcomed and presented with a Certificate: these were the first to be welcomed publicly.

Keith Hole joined EMSTA’s forerunner in July 2007 and took on the role of Treasurer in January 2008. He continued tirelessly in that role until March 2015, after which date he led a small strategy group. During his time with EMSTA, Keith had been an invaluable link with the Institution of Marine Engineering, Science and Technology, and was key in organising the successful 2013 Seminar, Deep-Ocean Science, Technology & Conservation, in collaboration with them. He retired from EMSTA in January this year for personal reasons. We were very sorry to see him leave us as he had been an invaluable member of the team, but we wish him well. 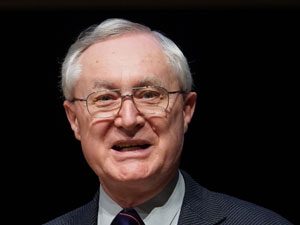 Andrew Powell, joined EEESTA in November 2004 as the representative of the Institution of Mechanical Engineers (IMechE) Herts & Beds Branch Committee, and was elected Chairman at the AGM in April 2011. In 2012 he successfully steered EEESTA from being an Unincorporated Association to a Company Limited by Guarantee. In 2013 it was recognised that by running these prestige seminars, and similar events, the company was providing a Community Interest service, so under his chairmanship the company converted to a Community Interest Company. Andrew stood down as Chairman at the AGM in April 2015, but has continued to provide valuable liaison with IMechE. 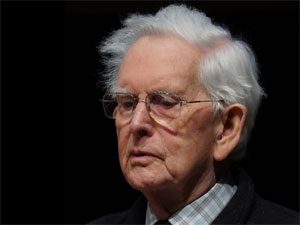 Bernard Dawkins retired from the Seminar committee in 2015, having served on it from its inception. When the Engineering Council shut down the Anglian Regional Organisation, Bernard and others, who had organised three Annual Seminars at the UOH, decided that these must be maintained: consequently EEESTA was formed to continue them. The Seminar Committee have benefited from the knowledge, expertise and contacts that Bernard has brought to its operation.
It was Bernard who proposed that significant contributors to the Annual Seminars should be recognised as ‘Friends of EEESTA’. It is therefore most appropriate that he be invited to become the first ‘Friend of EMSTA’, in recognition of his valued service over sixteen years. 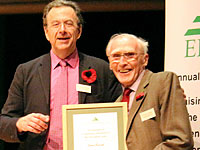 James Hannah joined EEESTA in April 2009 as the representative of the Institution of Civil Engineers Herts & Beds Branch Committee. He has been a hard working member of the Seminar Working Group, and his greatest contribution was masterminding the successful 2011 Seminar, “Engineering the Olympics.” His friends on EEESTA, who know him as Jim, were saddened when he retired earlier this year. He has been missed, as he had added a touch of good humour to the meetings, and kept the Secretary on his toes with his “minute” corrections: he also single-handedly “stuffed” our delegate wallets like no one ever before (or since). 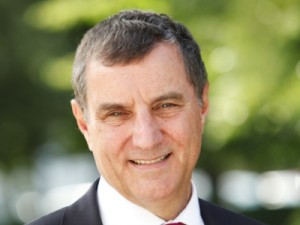 Professor John Senior has an international research profile in the field of optical fibre communications and networking and he was awarded a DSc degree for these activities in 2002. Between 2003 and 2006 Professor John Senior was University Director of Enterprise and Knowledge Transfer. He was appointed Pro Vice-Chancellor (Research) in 2006.
Many years ago Professor John Senior provided facilities for a couple of annual seminars organised by East Anglian Engineering Council Regional Organisation. EEESTA was formed following their demise, and University of Hertfordshire continued to host these annual seminars, and for the last 10 years in the excellent Weston Auditorium. John Senior has been supportive of these seminars and on many occasions has been prominent in giving the welcome on behalf of UoH.

This evening two people were made Friends of EEESTA. The Chairman welcomed Julian Hubbard and Denis Filer as Friends of EEESTA, but was unable to present the Certificate to Denis Filer as he was ill.
Julian Hubbard was a member of the EEESTA committee for many years and gave great help with various technological problems, and forged a strong liaison between the Auditorium technical staff and the committee.
Dennis Filer was Chairman of the Committee responsible for the development of the de Havilland campus in the early days of the Prestige Events. His support was significant in enabling us to obtain entry to the Weston Auditorium and to be first occupant with the 2003 Seminar, “Watch this Space”. He has also been an attendee at these events over many years and enthusiastic supporter. As he was unable to receive EEESTA’s thanks in person that evening his certificate was presented privately.

John Christopher had served EEESTA for most of its existence in previous years: he has been Chairman of the Seminar Committee, and Chairman of the parent body, and has worked tirelessly to help EEESTA achieve its objectives. Through all these years Carol has supported him in his endeavours and run much of the basic support for the actual event by filling delegate folders and manning the front desk outside.

This evening three people were made Friends of EEESTA. The Chairman. John Armitt, presented the following people with a framed certificate to thank them for their involvement:
Kate Bellingham, President Young Engineers
Tony Roche, a past President Institution of Mechanical Engineers
Ron Elston, one of the founders of EEESTA.

Sir William Francis studied at Glasgow’s Royal Technical College, which is now part of Strathclyde University. He has worked on many construction projects in the United Kingdom and abroad including manufacturing facilities, bridges, power stations and offshore structures. He spent 25 years working with the engineering contractor Tarmac plc and was the company’s chief operating officer and vice-chairman.  He has worked as a government advisor for approximately 30 years, serving on several advisory boards.
He is a Fellow of the Royal Academy of Engineering and was President of the Institution of Civil Engineers between 1987 and 1988. He was knighted on 25 July 1989.
Sir William Francis has been a long standing and enthusiastic supporter of EEESTA, attending many Seminars.  He Chaired the 2009 Seminar, “Waste Not, Want Not”, and gave us valuable introductions leading up to the 2011 Seminar, “Engineering the Olympics”.
Professor Tim Wilson joined the University of Hertfordshire in 1991, initially as Deputy Vice Chancellor and then as Vice Chancellor from 2003 to 2010. On his retirement from the position of Vice Chancellor, the University of Hertfordshire made him Emeritus Professor in recognition of his academic contribution. He awarded the 2012 CIHE Fellowship for his pioneering work in university-business collaboration. The Queen conferred a knighthood on him in the New Years Honours list 2011, for services to higher education and to business. In the same year, he became a Deputy Lieutenant of the County of Hertfordshire.
Professor Wilson has been very supportive of these seminars, and on many occasions has been prominent in giving the welcome on behalf of UoH.

There are two former members of EEESTA who would have been welcomed as Friends of EEESTA had they still been alive, Hedley Barker and Don Bootle.

Hedley Barker graduated in Electrical Engineering from Manchester University during the 2nd World War. He began work at Metropolitan-Vickers, Trafford Park, but moved to Balfour Beatty and finally ICI.  He joined the IEE in his early career, becoming active over many years in the Beds and Herts Centre, including a period as Chairman, when he also served on the IEE Council.
Hedley was always concerned with promoting the value of engineering to society, and engineering as a worthwhile and stimulating career for young people: he saw EEESTA as a way of achieving that and played a major role in the running of EEESTA and its Seminars.

Don Bootle was being educated at the Grammar School, but insisted that he transfer to Tottenham Technical to enjoy the more practical education on offer there. In 1947, he took up an Engineering Apprenticeship at The Royal Small Arms Factory in Enfield.  In 1952 Don joined the BP Tanker Company as a Junior Engineer; his first ship was called “British Energy”. Later Don became part of the Engineer Cadet Training Programme, monitoring the progress of candidates from school up to training on board ship. This connection of industry and education continued throughout Don’s career, and he stayed in Engineer Cadet Training for 27 years until he ‘retired’ in 1984. Subsequently Don became Manager of the Engineering Council’s nationwide Neighbourhood Engineer Programme that put volunteer professional engineers into schools to help promote science and engineering.
EEESTA is what it is today largely through the good works of a few people. Don has been one of the stalwarts who engaged at the outset. He played a vital role in EEESTA acting as Chairman of the Seminar working group for many years organising a number of Seminars, most notably the successful 2006 “Seminar Lights, Camera, Action!” which was also the first Seminar to be screened on IET TV.